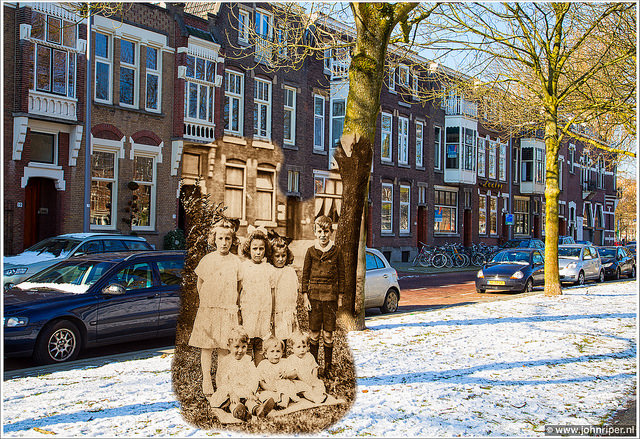 There is that 90 years old picture that I cherish, dating from August 1925, with my father as a three year old boy (bottom left) together with his older brother and his sisters (not all of them; the youngest three sisters hadn’t been born yet). I have always had an assumption where it was taken, since it looked like the Spoorsingel in Rotterdam, which was close to where the family lived in those days. On the backside of the photo it only says: “In het plantsoen, augustus 1925” (“In the park, August 1925”).
This morning I went to the Spoorsingel with my camera and after a short walk I found the exact spot; the houses built at the end of the 19th century are still there and so is the tree, albeit much taller and thicker, of course.
This is the “Then and now” composition I made of that street in February 2015, with the the 1925 sepia family photograph as an inset.
By the way, my father died in 2008 at the age of 87. Two of the girls on the photo are still alive, 95 and 91 years old. 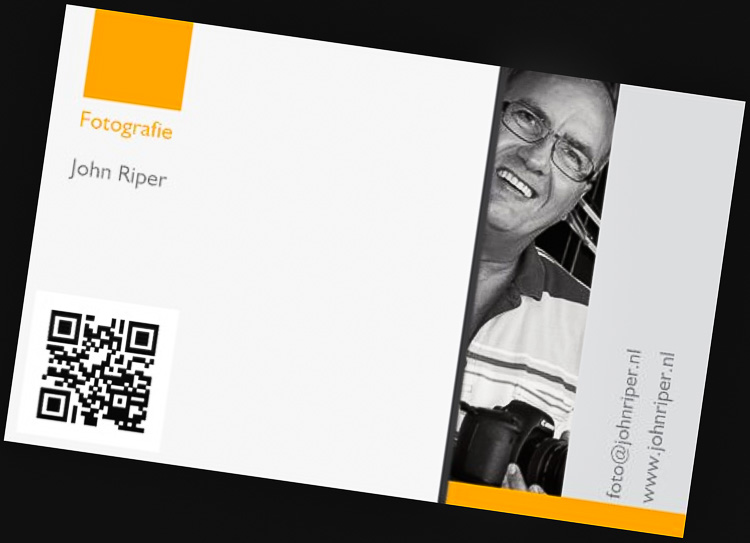